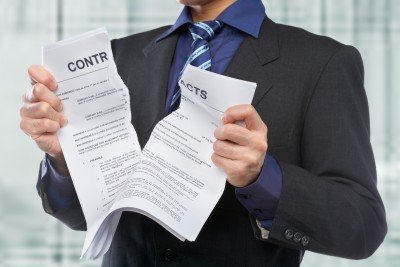 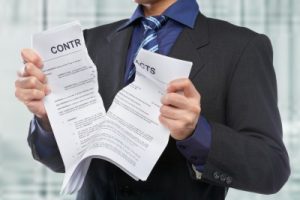 Would you sign for a brand new sofa, delivered by two grubby herberts with an iffy van, if you had not checked it over for rips, scuffs and problems?  Would you sign for it before it had even left the warehouse?

Yet the photocopier equivalent of signing to say you are delighted with your lovely new leather sofa while it is still in the shop is exactly what happened to one of our clients who’s supplier arranged their leasing via a broker from Wimbledon, SW19.

The client leased a server, some PC terminals and software.  The physical goods, (hardware, software licenses) had an actual value of £12,000, the other £29,000 was installation, set up and ‘services’ (ouch)!

The broker decided to spread the lease among three leasing companies, the equipment acceptance forms arrived with the brokers leasing documents for signature, which meant the customer was asked to sign to say he accepted all of the equipment and services and would meet all of the payments before the lease had even been placed with a finance company!!

In any event, due to the make-up of this deal, the total package would never be supplied before the finance was in place because over 60% of the value was in the services.

This left the client in a very precarious position, even more so when the supplier lost his programmer and was then unable to provide a full working solution.

However, the client paid all the lease payments, basically because the lease company said they had to, even though the bespoke software never actually did what it was supposed to; the client had data on the server which was valuable to them.

Under normal circumstances, a dealer is informed when a lease is nearing the end of its   primary term and they will contact you to renew and upgrade

However, because the dealer was ‘out of the picture’ no one bothered to inform the client that they could end the contract, so the lease companies kept taking the money and the broker kept on taking their portion too (why wouldn’t they?  It was free money for them).

When the customer eventually realised they could end the lease agreements, they asked to retain the server as there was information on it which they could not transfer, after all they had by now paid over £50k and all they had to show was a server, which was over 6 years old and some part functioning software.

The lease broker demanded a further £6,200 from the client to own the goods!!

We were introduced to the client and on their behalf encouraged the leasing companies to end the agreements immediately and the lease broker to release title to the equipment to the client for a minimal sum.

We don’t sell office equipment and we don’t sell iffy sofas, we don’t even arrange finance or leases, but if you would like to avoid contracts like these or you believe you are already in one, call us on 020 8695 7301 for a free review – you have absolutely nothing to lose!