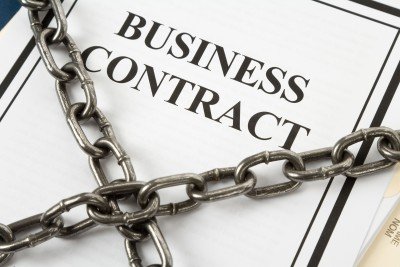 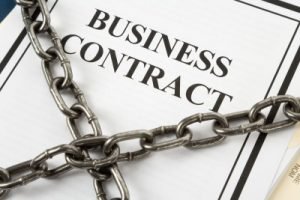 While carrying out one of our free contract reviews for a local charity, we noticed that the franking machine which they had leased didn’t match the machine described on the paperwork, basically it wasn’t as good as the one they had been promised.

(Ok, this is going to be a long one, so grab a coffee, take the phone off the hook and get comfy, I think you will find it enlightening and enriching, and possibly a little bit cross. So where was I, oh yes,…)

“No big deal” you may think but actually it is a ‘big deal’ for there are two important issues here:

1) the equipment installed was a discontinued model 90 and therefore costs much less than the promised model 95 for which, even taking into account the settlement of a previous lease, the charity was paying a heavy premium

We wrote to the franchised company who supplied the equipment, hoping they might admit the oversight and replace the existing model with the one promised but they have never, ever responded. All our attempts to contact that franchise seem to have been blocked by the manufacturer. A director of the franchise company concerned, lives within a half mile of the charity’s office yet has never attempted to contact anybody or assist in any way with this problem.

We wrote again to the elusive franchise and eventually received a reply from a different franchise company telling us they were responsible for servicing the account. While a letter from the manufacturer the next day, assured us that if our issue was not resolved within a given time, they would pursue the matter internally to bring about a resolution; ….. to date…… they haven’t.

Further complaint letters to the manufacturer and emails directly to one of the salesmen concerned throughout November, followed by yet another letter on 3rd December bought this response from the local franchisee [quote]

I am writing in reply to your letter, Your letter of 3 December 2012 was passed on to the manufacturer for a formal response.

In simple terms, though the Ultimail 90 is the name of the range of which the 95 is a part, the machine supplied was an Ultimail 95.

I hope this answers your question, have a lovely Christmas,

Of course it doesn’t answer the question Mr Rogers! Even our, machine-phobic proofreader could see that Ultimail is the range and 90 & 95 are the model numbers.

The lease company concerned were equally unhelpful. Which is a major concern, especially as, if our suspicions are confirmed, they have potentially been defrauded by the dealer and our client is trying to bring it to their attention. However, when we notified the lease company of our concerns they replied directly to the client making accusations to the effect that we (Fair Contract Associates Ltd) were acting illegally and were unlicensed by both the Ministry of Justice and without a CCL from the Office of Fair Trading, which, to be honest is almost correct !!

Except for the fact that as we do not offer debt advice of any kind, we cannot register with the Department of Justice and as we do not offer any financial products or services, we are not required to hold a CCL from the Office of Fair Trading. Mind you when you consider how they treat the clients, it is no wonder this particular leasing company are not au fait with the Office of Fair Trade.

Also they went on to say “Your finance broker (company name withheld) have spoken with (supplier name) this morning, who have confirmed with them that they supplied a new Ultimail 95 franking machine with auto feed, scales and cleanmail function which is still current equipment. They also confirm that settlement of your invoice dated 31 August 2010 number 000 was paid direct to yourselves on the 2nd September 2010.

Under the terms of our complaints procedure, this is our final response. If you are not satisfied with it, you may refer your complaint to the Finance and Leasing Association (FLA)”

So you see the finance company are just not interested in our client’s plight either, but that could be because if our suspicions are confirmed then our client can reclaim all the payments from the lease company, leaving them to pursue the franchisee, so obviously being basically bankers, it is not in their best interest to help the customer.

So the Finance & Leasing Association they will sort it ……….. wrong !!

An official complaint concerning the conduct of the Lease company was made to the FLA by recorded delivery mail on 18 October 2012 and again by recorded delivery on 2nd November, by telephone and email on 20 December, then again by email on 9th January 2013 when they replied that they were investigating; we received our next and currently the last email from the FLA on 25th January telling us that the lease company had to retrieve some documents from archive before they could respond to the FLA, this would take a week and the person at the FLA dealing with the matter was on holiday for 2 weeks and nothing would happen while she was away.

As of today (8th February 2013) we have heard nothing more from the FLA, The Lease company remain in denial, with their heads firmly in the sand, hoping our client will continue paying (which they won’t). The manufacturer is still mute and avoids the issue completely, the local franchisee obviously believes his half hearted attempt at fobbing us off has been successful (it hasn’t). The franchisee who originally sold the equipment continues to hide behind the Dartford (Kent) based Franchisor/Manufacturer

Everybody from the supplier side continues to insist the machine installed is an Ultimail model 95 (Other than Steve Rogers, who insists it is an Ultimail 90 model 95)

Oh and the machine itself doggedly continues to insist it is an Ultimail model 90.

We are advising the charity to cease further payments and pursue a refund of all payments made under the (what we believe to be fraudulent) lease agreement.

We will post an update when the matter is finally concluded.

We don’t sell franking machines or the supplies for them, but we do address the fairness of the contracts that come with them. If you want to avoid situations like these or you believe you may already be in one, we offer a free contract review for all of your office equipment, call us on 020 8695 7301, it’s a free review so you have absolutely nothing to lose.